UPMG gets on board the TRAIN 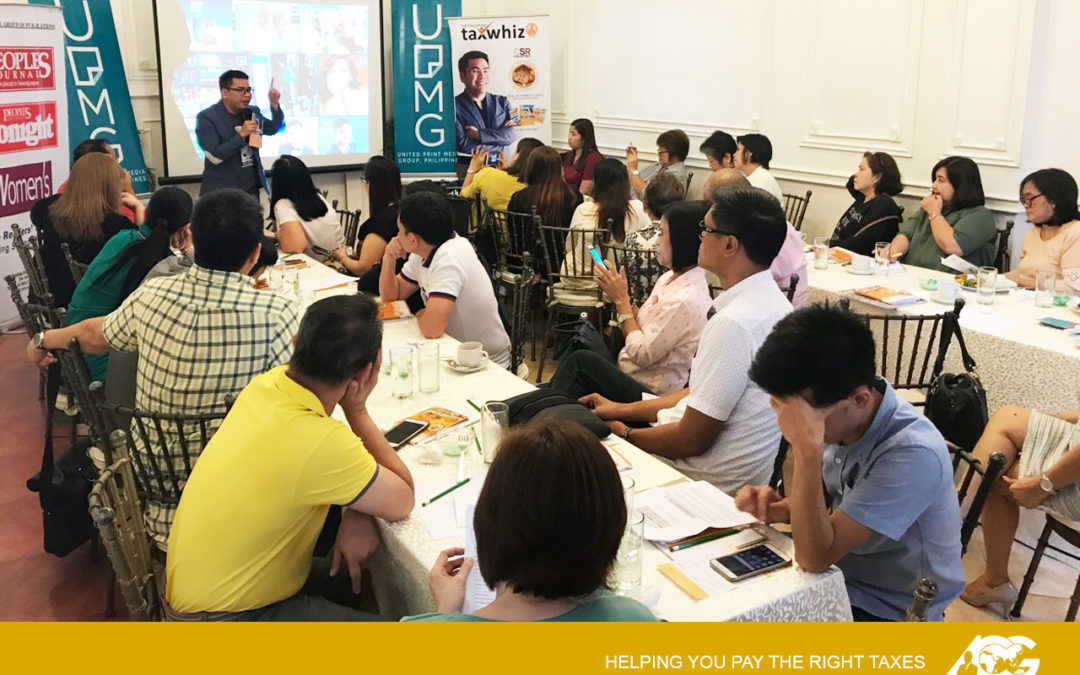 MANILA, Philippines – The Tax Whiz Academy (TWA) of the Asian Consulting Group (ACG) capped off the week before going to a long weekend through another seminar about the Tax Reform for Acceleration and Inclusion Law with the United Print Media Group (UPMG) last Friday, April 6, 2018 at the White Knight Hotel, Intramuros. UPMG is a formidable professional organization, composed of companies publishing major dailies, broadsheets, magazines and tabloids circulated in the Philippines and overseas.

The Philippine Tax Whiz Mon Abrea gave a comprehensive overview of the TRAIN Law in which UPMG members were engaged in. It was mentioned as well that the Package 1B or the General Tax Amnesty is already in Congress, hoping to be legislated some time this year. Moreover, next in the pipeline is the Package 2 which will lower Corporate Income Tax and modernize tax incentives for companies. A lot of other reforms are being expected after the implementation of TRAIN Law and everyone is expected to be onboard in order to actualize the “Build, Build, Build” project of the current administration.