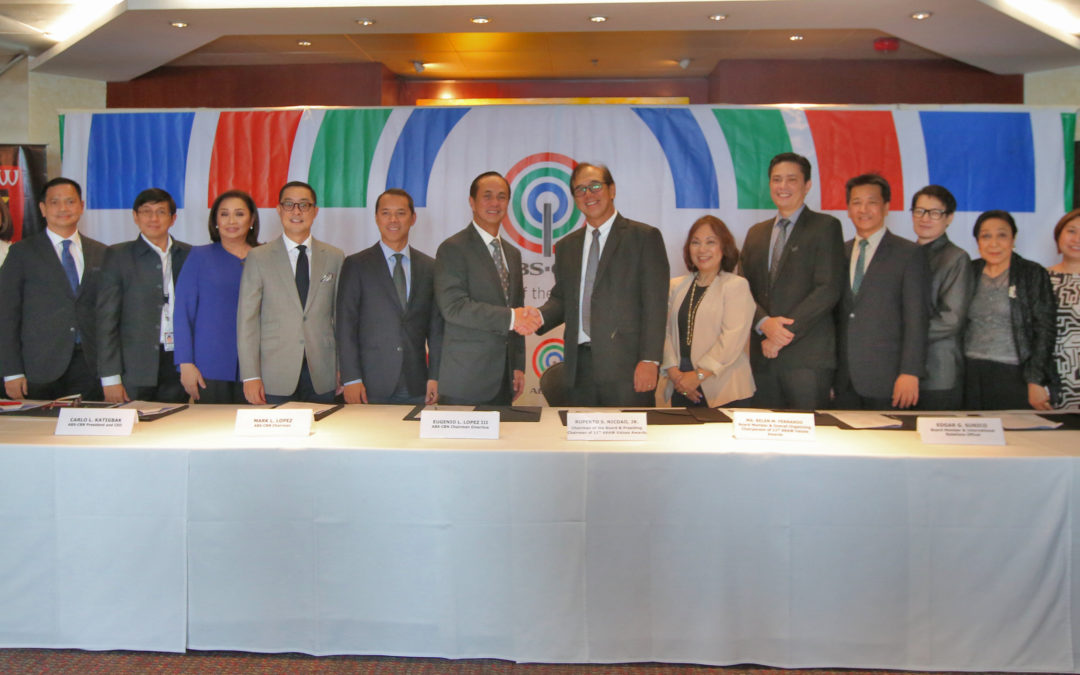 ABS-CBN, the country’s leading broadcast media network and entertainment company, has sealed once more its partnership with the Advertising Foundation of the Philippines (Ad Foundation), the social development institution and advocacy body of the multisector marketing communications industry, for the upcoming 11th ARAW Values Advertising Awards, the only one of its kind anchored on 7 ARAW Cornerstone Values, that recognize outstanding and values oriented marketing communications campaigns in the Philippines.

“For us, Gina is the symbol of the kind of person who fights for the preservation of the environment and we wanted to honor her for all her work, as well as for the love and care she gave people,” she added.

The foundation also recognized ABS-CBN Chairman Emeritus Eugenio “Gabby” Lopez III and the Lopez family for their untiring support for the Ad Foundation, and  continuing commitment to its advocacy marketing programs and projects for over some two decades.

The biennial ARAW Values Advertising Awards, made more relevant, inclusive and progressive this year, aims to recognize advertising campaigns that uphold Filipino values based on these ARAW  Cornerstone Values: love of God and respect for religious beliefs; commitment to truth, honesty, and integrity; love of country and respect for national customs and traditions; reverence for family unit or marriage or responsible parenthood; respect and care for human life, dignity and the rights of all; respect for law and authority and the promotion of self- discipline; and concern for and preservation of the environment.

“We’ve discussed amongst ourselves how these values should be interpreted in the current world. It was different 20 years ago. The principles are the same. The values are the same. But there are certain things that have changed in the environment,” Ms. Fernando said. “It’s a matter of how you express them in the current advertising landscape.”

Aside from recognizing the best displays of Filipino values, a special set of awards will also be given to advertising campaigns for technical excellence. The call for entries for this year’s ARAW Values Awards is now open.

The ARAW Values Awards Night will be held in November at ABS-CBN’s Dolphy Theater and will have a delayed telecast in December, with “global feed” by the network affiliate, The Filipino Channel (TFC), in 7 territories worldwide.