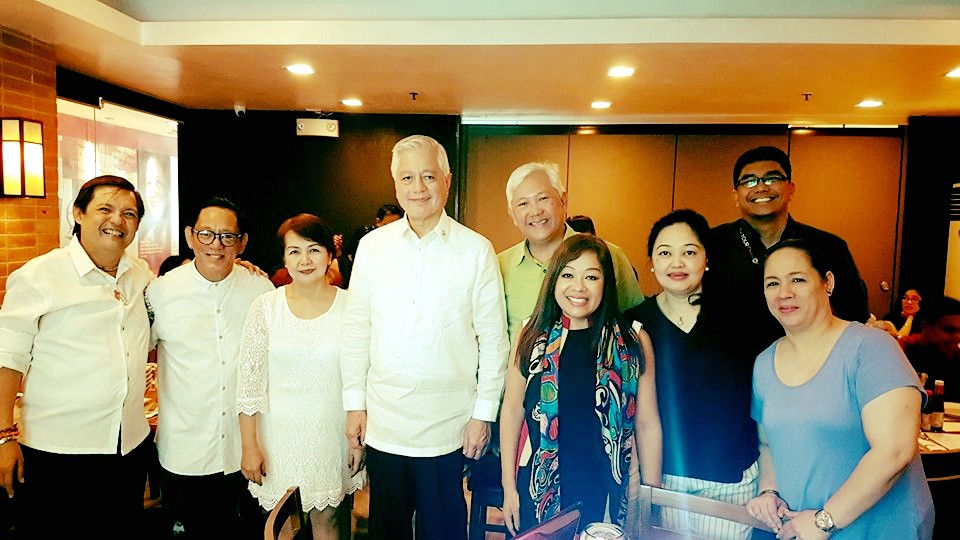 Everyone got together for UPMG’s 5th monthly general membership meeting (GMM) on August 3, 2016 hosted by Gadgets Magazine, Malaya Business Insights, and Business World at Max’s in Glorietta 3.

With his extensive background in politics as a member of various sectors of the government, In his talk, the former secretary discussed the origin of the dispute—China’s avid claims that the South China Sea is solely theirs. Because of their sinking economy and rapid growth rate, China has become more aggressive in their claims. While there has been a ruling that the West Philippine Sea—only a portion of the South China Sea—rightfully belongs to the Philippines. Through providing a two-prong discussion—the current China-Philippine disagreements and transnational crimes—Mr. Alunan was able to paint a clear picture of the possible effects that this dispute may bring about if left alone. With the help of print media, Mr. Alunan hopes that the nation will stand together as one to fight for our rights and what is rightfully ours.